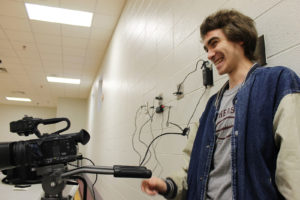 With the need to get live video and audio from one part of the building to another, Amy Gunn at Southeastern School in Remlap, Alabama, reached out to me in November 2016 for help.

Southeastern School is a K-12 school in the Blount County Schools system. The school, which hosted a basketball tournament earlier this month, wanted a way for coaches and officials to be able to see the game from the school cafeteria which served as their “green room” during the tournament.

This project became much easier for me to complete when I learned a network connection was already available at both the TV in the cafeteria and in the gym where the camera would be located. All that would be needed is the equipment necessary to transmit the live video and audio from a camera via the network to the TV. 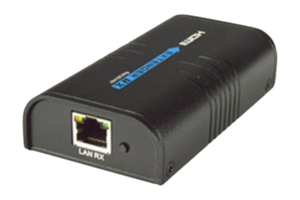 To do this, I used this multicast solution from Network Technologies:

The pair of devices takes an HDMI signal and transmits it via IP to an HDMI receiver in what NTI calls a “point-to-point connection.” In our case, we transmitted a 1080p signal from the camera via the network to the TV. 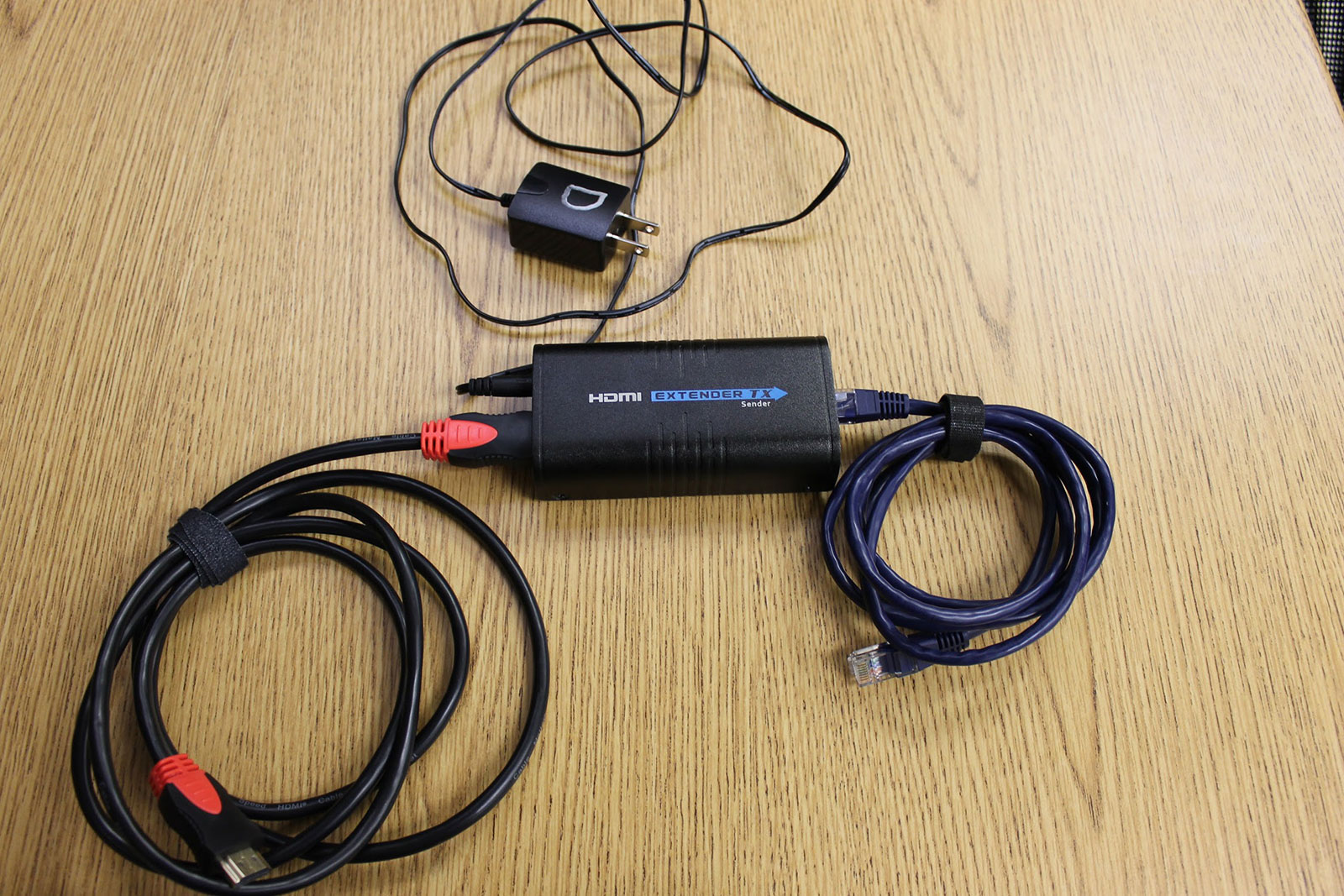 Setup was EXTREMELY simple. Plug and go. The only issue I discovered was setting up the camera after setting up the network extender. Initially the audio did not work, but after resetting and rebooting the camera, then rebooting the extenders, both audio and video worked (to avoid this, I recommend you setup your video source first, then plug it into the network extender and turn the extender on.)

Note: According to NTI, this HDMI over Gigabit IP Network Range Extender can also work in a Point-to-Many Connections configuration. In other words, you can multicast your video source to multiple receivers throughout the network. 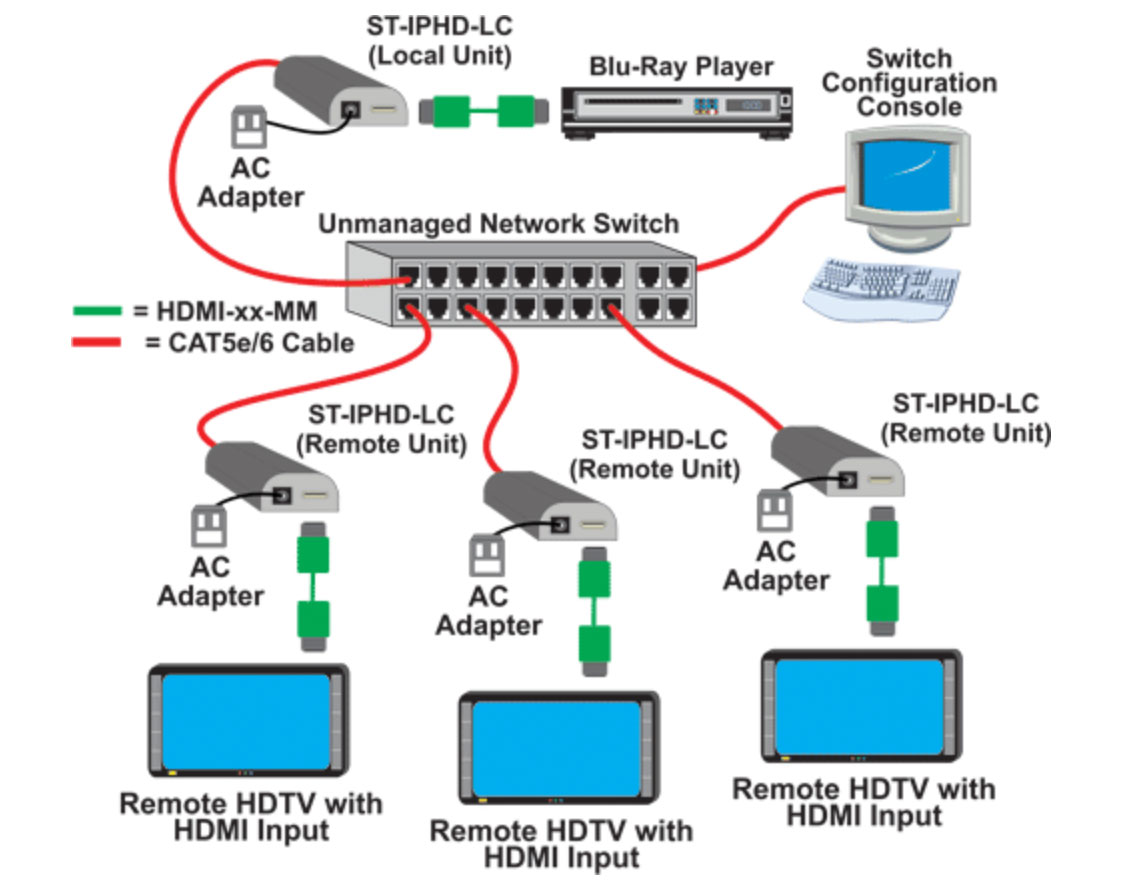 For a point-to-many connection, NTI suggests no other devices be used on the network as it may cause a degradation in performance. As of this writing, I have successfully connected three receivers to one transmitter on the school’s existing network. To my knowledge, there has not been any problems encountered.

As for a camera, there are DOZENS to choose from, but after talking with Mrs. Gunn about the school’s current and projected needs, we settled on this camera: 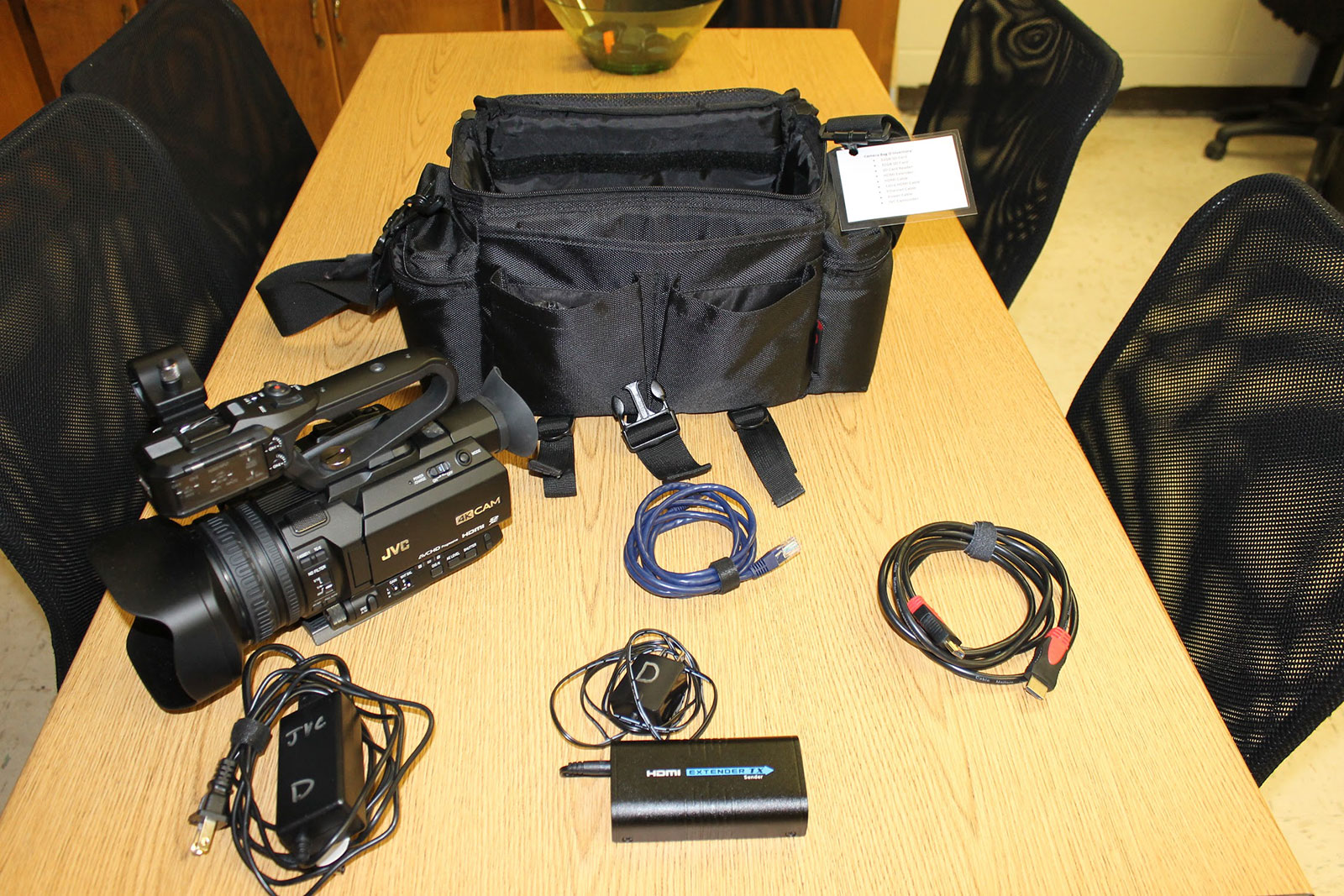 It has a built-in microphone and multiple output options including HDMI. It can be also be used for HD recording, used with external microphones, etc., giving her and her students the flexibility and portability they need to record and/or stream video from any location on campus.

Tripods are worth the money, even with inexpensive cameras. The video quality when recording is SO much better with a good, smooth tripod.

You will two for the above solution: one to connect the camera to the Local, and another to connect the Remote to the TV. Always keep extra HDMI cables around because they are fragile.

Note: The NTI Local and Remote devices require electricity, so make sure you have standard 120v power outlets available at both the source and the destination.

So what about streaming? The initial project scope did not include streaming the video live to the internet, but I planned for it.

In this case, I recommended Mrs. Gunn use the Teradek VidiU Pro for live streaming: 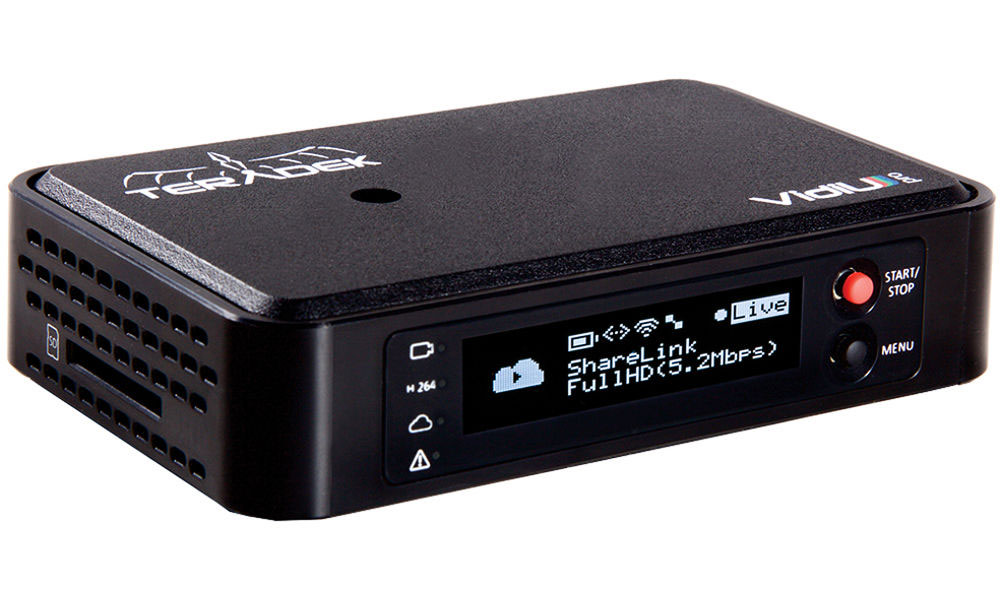 1) It can stream to a variety of places, such as YouTube, Facebook Live, Periscope, uStream, Wowza, etc.

2) It can record to an SD card as you are streaming.

The record option is not as big a deal right now since the event can be recorded in the single camera. However, when the day comes that a multi-camera live stream setup is required, this device will scale to fit those needs.

Bottom line: this setup is EXTREMELY cost-efficient, yet delivers high quality HD video and audio across long distances. If you need a simple, cost-effective solution to internet network multicasting, you should consider this option.

If I can assist you in setting a studio for your live streaming projects, contact me.