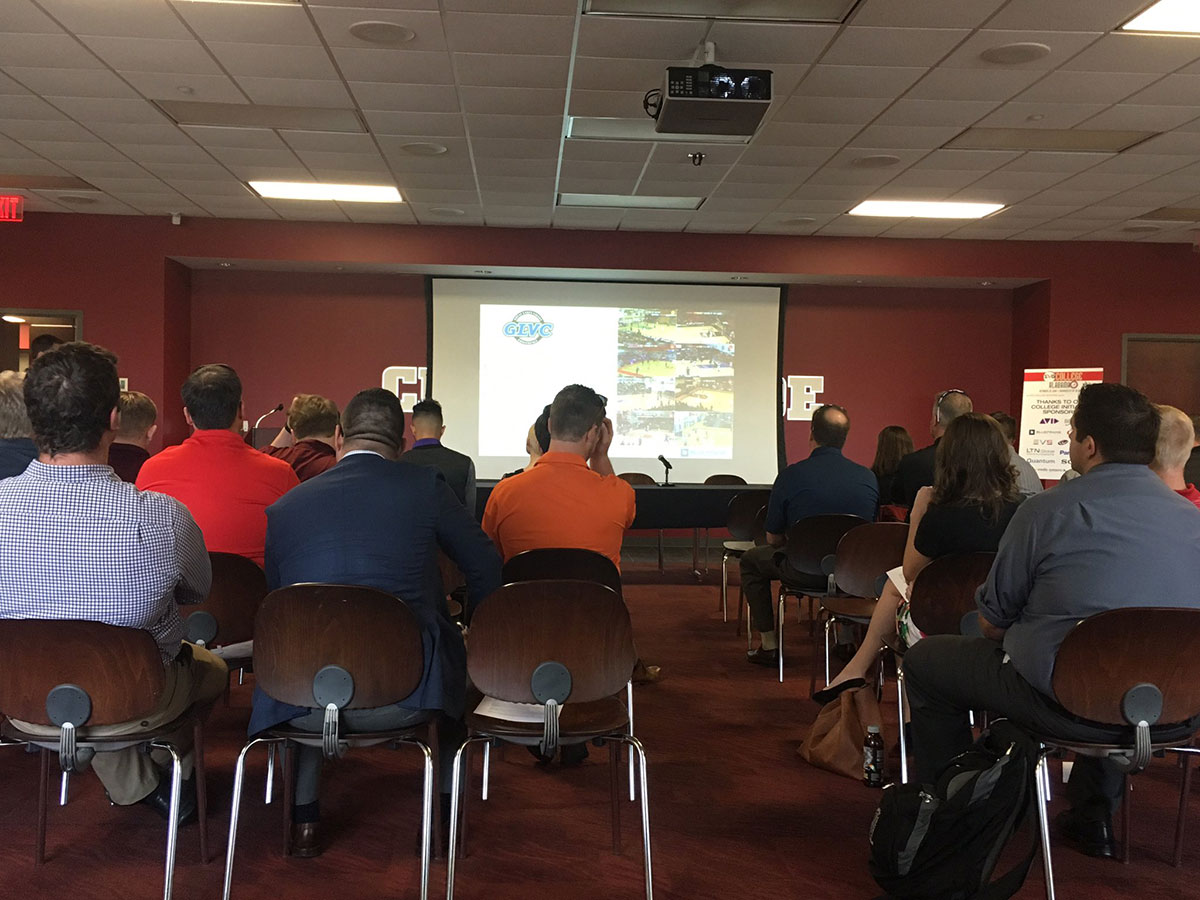 I had the pleasure of attending a workshop in Tuscaloosa this week hosted by SVG College. The workshop focused on best practices in sports video production.

The event reaffirmed something I’ve learned as executive producer and co-founder of the Husky Fast Network: people want to watch more live sports, and they want to watch it on their phone, tablet, computer, or TV.

Video production students and professionals from colleges and universities across Alabama and Mississippi attended the SVG College workshop, and all of them sang the same tune: their services are in higher demand than ever before.

Thanks to multi-platform networks such as ESPN3, conference networks such as the SEC Network, and regional cable networks, colleges and universities are being asked to produce hundreds of more games each year than ever before. One school said it’s now on schedule to produce more than 1,200 live sporting events this year, up from less than 200 just two years ago.

The content is also getting delivered to multiple platforms. Some events may be produced for a linear TV network such as ESPNU while simultaneously streamed on the school’s website. Such delivery requires great amounts of planning and focus to make sure everything is delivered properly, especially considering how much more money is on the line.

You know those big video screens at your football stadium? The videos and graphics don’t appear there by accident.

Schools now have to staff a separate TV control room with directors, producers, video technicians, etc., to properly program those boards. The best analogy is to think of those big video boards as its own TV channel. The content on that channel has to be scripted and planned to start more than an hour prior to the game and continue well past the end of the game.

It’s a lot of work done by a lot of people.

All of the schools who spoke said they make great use of students. One university said it employs nearly 90 students (more than 30 hired this fall) while its full-time professional staff is less than 20.

This encourages me. These students are getting valuable experience producing and delivering professional content. When they graduate, their skills will be needed — not just by sports teams, but also by businesses who are ramping up brand journalism and content marketing. 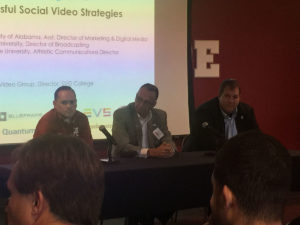 One of the most memorable things I heard during the workshop was the impact social media has on viewing behavior. One school said posting a hype video to Facebook 15 minutes before kickoff can increase TV ratings up to 2 percent. That’s impressive.

All of the schools who spoke at the workshop each talked about the importance of having a content plan and social media plan. Those hype videos and live sports broadcasts don’t just occur by flipping on a light switch — much time is needed in pre-event meetings to decide how the event will be promoted, the look of the graphics, the tone and message of the marketing, who will do what before and during the event, etc. It’s a big production.

But, when everyone knows their job and does it, the result is euphoric success. As I’ve seen with my HFN production crew, ending the night with a successful production is an adrenalin rush.

A portion of the workshop was devoted to streaming video, including the use of Facebook Live, Periscope, YouTube, and other streaming services such as Wowza.

I was intrigued to learn a couple of things about how Crimson Tide Productions uses Facebook Live. For starters, CTP streams the weekly Coach Saban radio show on Facebook Live, which is a commercial broadcast with multiple sponsors. This is the first time I’ve encountered a FB Live broadcast with multiple sponsors – to my understanding of Facebook’s Branded Content instructions, only one sponsor can be tagged.

The other interesting revelation from CTP about Facebook Live came it’s discussion about music. Facebook’s crackdown on music in videos (both live and on-demand) is well documented, but CTP has found a way to avoid those takedowns: its pages are whitelisted with Facebook. CTP says it submitted copies of its music licenses to Facebook to prove it has purchased rights to use music in its videos. That, in turn, allows CTP to stream live video and upload video without fear of takedown.

Smart move, CTP, and if you have music in your videos (even faintly in the background,) then you should consider doing the same. To learn more about acquiring music licenses, visit this page at askcbi.org or consult with your attorney. Once you acquire those licenses, follow the instructions above to make your page eligible for branded content then contact Facebook for instructions on how to be whitelisted. 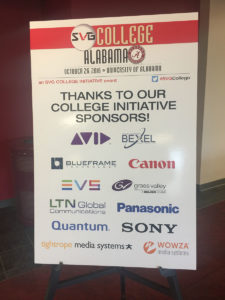 Here are a few other notes I jotted down during the workshop:

Finally, if sports production is something you’re interested in, I encourage you to visit sportsvideo.org and subscribe to the free SVG email newsletter. It’s a great way to stay informed about the rapid technology changes happening in this space.